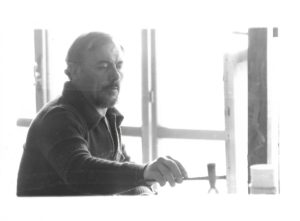 When he was a child he showed a great creativity and a need to reveal himself through the work of his own hands. At first, he worked with raw materials belonging to the primordial world of the native country, such as snow, and he realized little creations. The first “sculptures” gradually leaded to more serious and heartfelted experiments, felt and lived directly from the soul of Pizo-artist.

The growing passion for art brought Pizio to exhibit his works in several competitions and galleries; he immediately began to recive recognitions. He got the confermation he looked for, so he decided to devote himself totally to the artistic world. He moved to Bergamo, where he transformed his passion into work.

The apparent abstraction was always connected to an everyday lived reality in which objects, animals, dancers, landscapes and cities were to be used and manipulated to give voice to the inner emotions and feelings. His atworks were (and still are) something to be looked at and experienced, because Pizio proposed tha the work of art itself was a reality that represented the very process by which nature is transformed into art.

His idea of art, dinamically spread into various mediums, expressed certain foundamental revisions in his living and thonking.

Both his career and his constant research developed into different phases: first he was an auditor at the Carrara Academy of Bergamo and then he was an attendee of the course of graphics at the University of Venice, he pursues his investigations and researches, reaching an artistic maturity which, however, will not be the definitive one yet.

In the late sixties and early seventies the style of the brushstrokes began to take on a more specifically characteristic trait of the artist. These brushstrokes were short, but they did not interrupt the figures, because continuity was garanteed by colors.

Subsequently – around the eighties – the brushstroke begins to stretch more and more, perhaps synonymous with a greater serenity and security in the personal, then professional, until you reach abstract forms, those that today are identified with the style of Pizio.

The uniqueness of his painting and sometimes of sculpture and drawing is generated by a strong dynamism of the figures, which enhance the artistic gesture and enliven each work.

The color is another common thread in his paintings; the brilliance, the cleanliness and the simultaneously balanced and daring combinations are the signature of this artist.

Through the material and its tones, the artist’s soul is fearlessly exposed with all its fragility and vulnerability; there are no filters or mediations, the pure color is a mirror, a direct portrait of a soul and a sensitivity that are just as pure.

Pizio’s figurative poetry is an invitation to everyone to take part in it; appreciated both in Italy and abroad, it creates around itself a favorable international opinion, perhaps fed by that same intelligence and creative vivacity.

Charisma and humility distinguish Pizio as an artist, but above all as a person, who was able to maintain this positive influence until he died, on February 18, 2003.

Pizio was the subject of numerous retrospective exhibitions and books.

The artistic curriculum of Tomaso Pizio is rich and heterogeneous and boasts numerous awards in national and international competitions:

Several archives that host his works, such as the Historical Archive for consultation of Modern and Contemporary Art, the Museum of Art at the Bandera Palace in Busto Arsizio, the Archive of Information Museum of Senigallia and the Museum of Modern Art of Abano Terme, as well as in the University of Sciences, Letters and Arts and the Multimedia Archive of Bergamo.

Countless exhibitions in Italy and abroad.

Pizio was particularly active in the US, where among the various exhibitions we mention the International Artexpo (NY), the American Labor Museum (New Jersey) and Center West Palm Beach for Italian Studies.